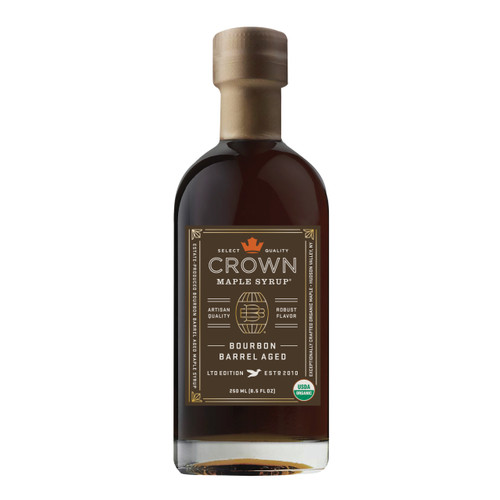 You will find yourself adding this to everything from yogurt to oatmeal, as a sweetener for coffee, as a versatile ingredient for bourbon maple glazed salmon, meats and vegetables, in a vinaigrette, in place of simple syrup for cocktail mixology, and of course to create an exceptional breakfast of pancakes, waffles, French toast, and bacon!

Try these usage and recipe links below

May contain trace amounts of alcohol

This maple syrup is: